A new Sunday Riley release is cause for celebration. Every product is so gorgeously, uniquely packaged and just work so well. If it’s true that we judge books by their cover, then Sunday Riley perfectly masters the first impression that elicits the “ohhh” factor.

Sunday Riley Luna Sleeping Night Oil is her newest product, and it’s quite attention grabbing. Here’s what you need to know about it: Luna is a striking deep blue night time retinoid oil. The base is a beautiful mix of organic, cold-pressed oils of Extra Virgin Avocado Oil, Grape Seed Oil, Blackberry Seed Oil and Chia Oil. Avocado Oil is known for being really hydrating for dry skin and grape seed oil is one of the fastest sinking oils out there so combine the two as the primary ingredients and you’ve got a very versatile oil that should work for everyone. Blackberry Seed and Chia are superstar oils that are highly packed in Vitamins and antioxidants.

What makes this oil really standout is the use of a Trans-retinol ester which helps the appearance of wrinkles, fines lines, and loss of skin elasticity. Now while some of you may roll your eyes and think “another oil with retinols?” – just know that this one does not play. In fact the only warning on the packaging is that this isn’t recommended for pregnancy. The first time I tried this on my hands, I felt it being more susceptible to burning when I later walked on the street briefly – it’s that powerful! This is why Luna is a Sleeping Night Oil, do not wear out in the day time.

The other standout which probably draws many glances is the blue color. Sunday Riley uses Blue Tansy which Into The Gloss wrote an entire post about and is similar to the one found in May Lindstrom’s Blue Cocoon. Blue is definitely in and the inclusion of this ingredient is very striking. In full honesty, the reason Sunday Riley’s product is such a deep, dark blue is because it does use coloring dyes which is the only thing I don’t love about it. There is just no need but I also understand Sunday Riley is appealing to the Barney’s/Sephora beauty buyer who gravitates toward the eye candy.

The smell of this oil is my favorite of all of Sunday Riley’s oils. Whereas Juno and Artemis lack a fragrance and have been cited as smelling like salad oil, I feel Luna really steps it up in this front and delivers quite a sophisticated scent that is a blend of blue tansy and rose. It’s both herbal and flowery sweet, not unlike May Lindstrom’s Blue Cocoon.

Now that we got the first impressions out of the way, the results!

This oil sinks in right away. In fact it might be the coloring making this appear kind of water-like but the serum feels almost un-oil like if that makes sense. The first night I used it, I noticed some drying which is to be expected with most retinols. I had a very small breakout near my hairline (where I am most prone to breaking out) the first day but it never became unmanageable, fading within a few days – perhaps due to the anti-inflammatory Blue Tansy and Chamomile. To be fair, it has been a while since I’ve used a retinol and I am among those whose skin purges when beginning a retinol treatment.I’m about 3 weeks into Luna and have noticed my skin feeling softer and smile lines seem to have faded somewhat, no longer as pronounced. Overall my complexion just looks more refreshed.

If you’re looking for a retinol with the benefits of a face oil, this is one of my favorites as it is brilliantly made and looks beautiful on the counter. At $105 for 1oz, sure it isn’t for those on a budget but compared to the Sunday Riley price range, it’s actually pretty fair given how well thought out it is.

Based in New York. 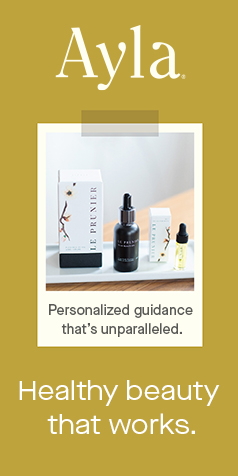